It’s been a great summer and now that school is back in session I feel like routine is returning around here. Here’s a few updates from our summer:

Is there a secret to keeping weeds from getting everything? My tomato plants drowned in the rains, my corn I think got fried because I put too much chicken manure in the soil and the potatoes are in there somewhere? Sigh. You can’t win at everything. 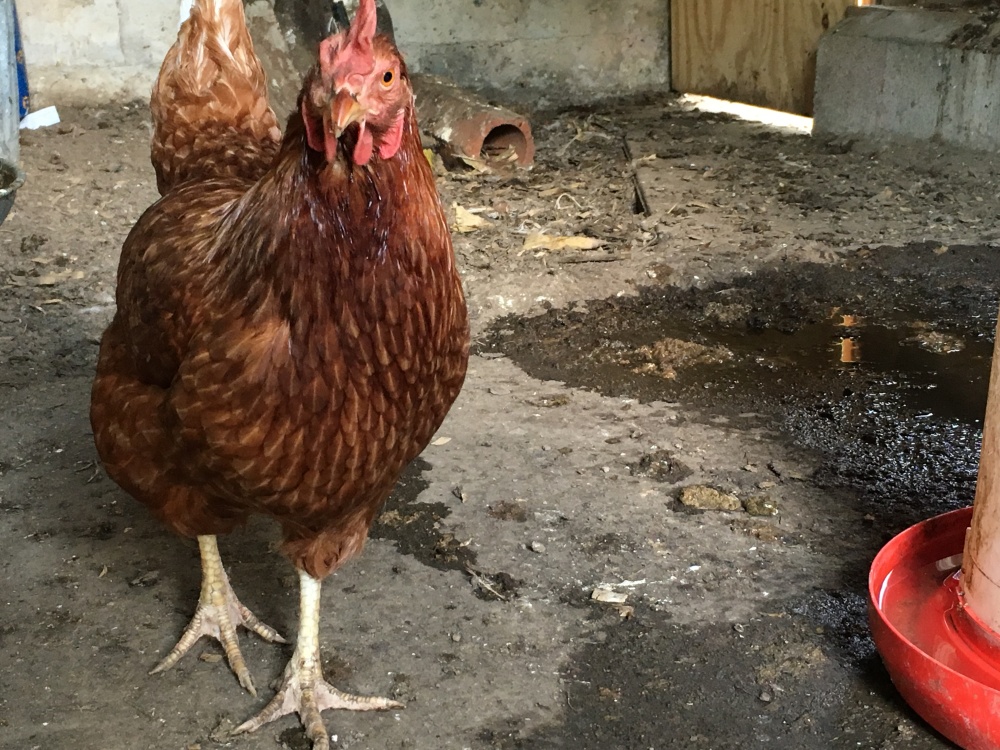 We started losing chickens one by one in June. By the end of July our ten chickens was down to four. I’ve started trapping as many things as I can but really I think it was a hawk or an eagle. Apologies to our friends who came home with us after dinner one night to find the aftermath of a raccoon invasion. Imagine the Blair Witch Project and just put chickens in where there were people. 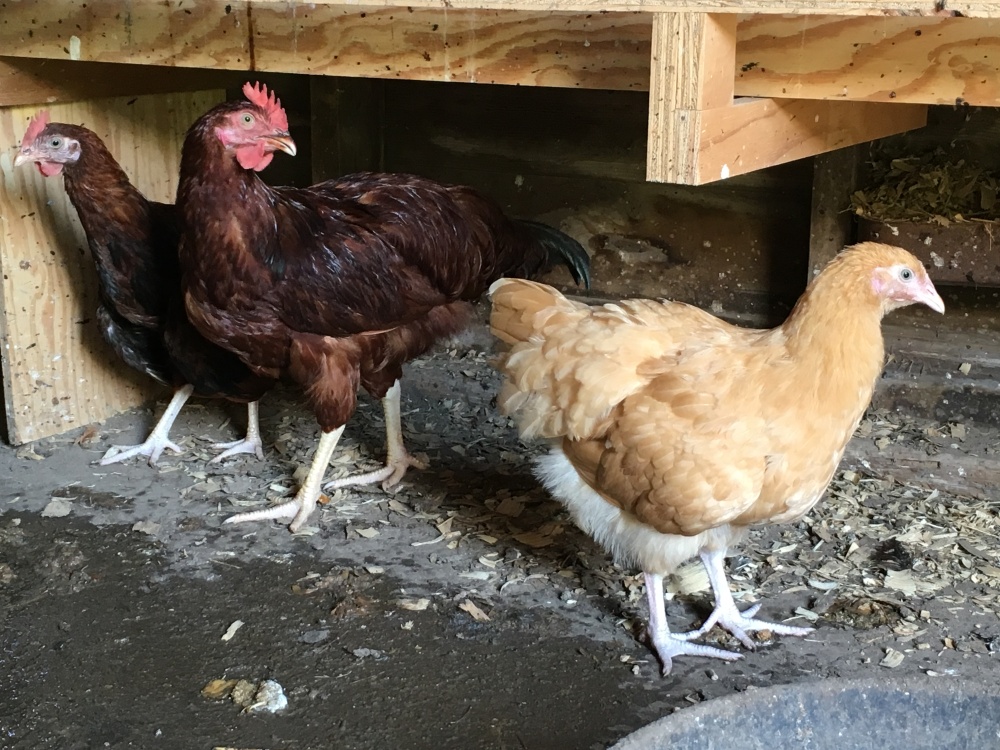 I found a place just south of here to buy more chickens and purchased twenty more! The good news is that they are little and cute and much cheaper than our first batch. The bad news is that they aren’t laying just yet. So we are in an egg deficit currently and that sucks. I got a few different breeds this time, Rhode Island Reds, Buff Orphington and Barred Rock. So we have a little diversity this time and it makes counting them easier.

I will write more about Gracie later, but we now are the proud parents to a Great Pyrenees puppy named Gracie. The girls named her on the way home from the farm where we purchased her. Her parents were Livestock Guardian Dogs and I’m hopeful with training she can help us avoid a future chicken bloodbath.

We added bees to the farm to help with the pollination of our pumpkins. I am allergic to bee stings so I haven’t (and don’t intend on it currently) really done much with the family beekeeping business. However, we do have some very knowledgable bee keepers amongst our family, so I feel really great about it. Also, the thought of having honey from our own farm is really exciting. 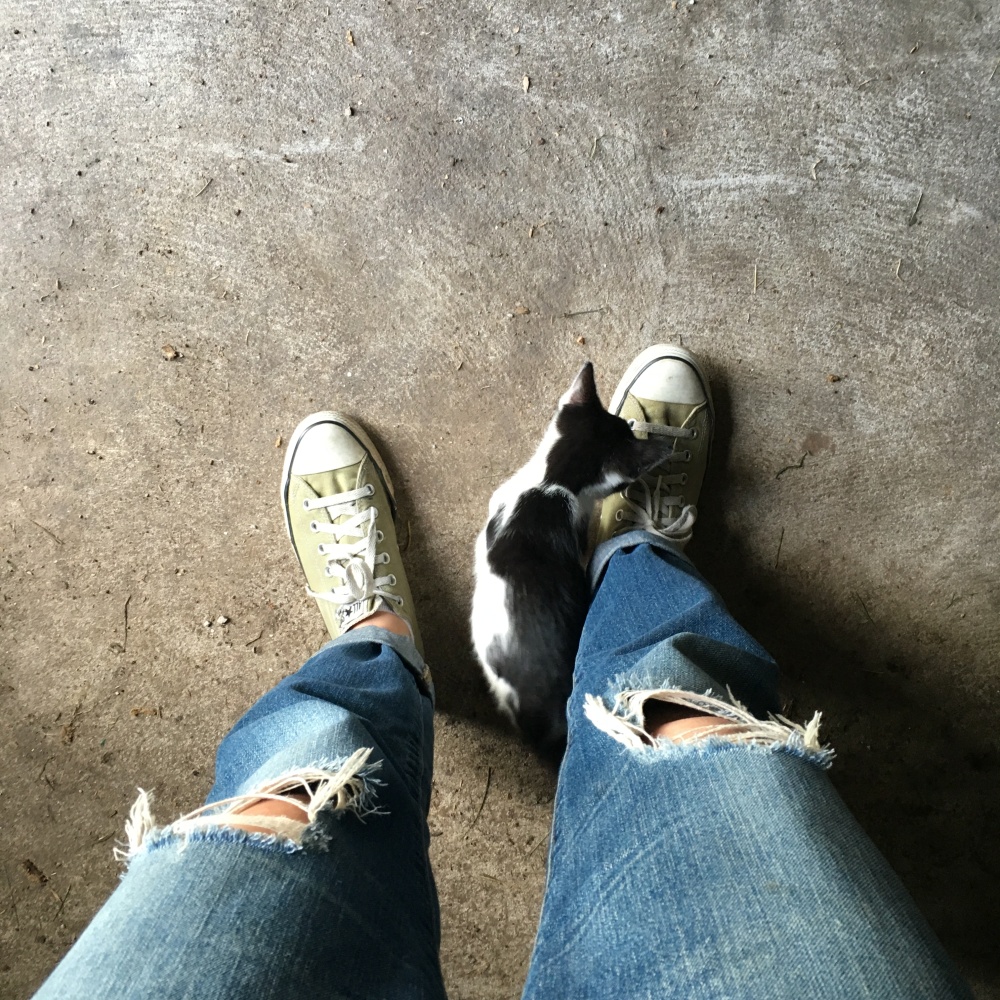 Meet Nicely. At first we thought HE was a SHE. But alas, he is a boy. Nicely still fits. He’s very sweet and constantly under my feet. I’m looking forward to his spunk capturing all the mice around here. There are millions.

PS – This says “cats” plural because there were two. Oreo sadly met his demise last weekend. I’m very upset because he was starting to be my little buddy and he was beautiful.

The pumpkin patch is doing very well! Unlike last year, I think we will have a good amount of pumpkins. Dan has been hard at work maintaining them and all the rain really helped. Not to mention the bee hive arrival just in time to pollinate. There are several large pumpkins in there which makes me feel a tiny amount of redemption from #gardenfail2016.

After all the mistakes and losses lately, I really started to question whether or not I’m fit to keep animals. It’s my job to protect them and keep them alive. I took that seriously before, but having experienced the loss, it weighs heavily on me. Dan assures me that everyone goes through this and learns from it. I’m just sad, especially about Oreo.